BOOK SUMMARY: HOW BAD DO YOU WANT IT BY MATT FITZGERALD 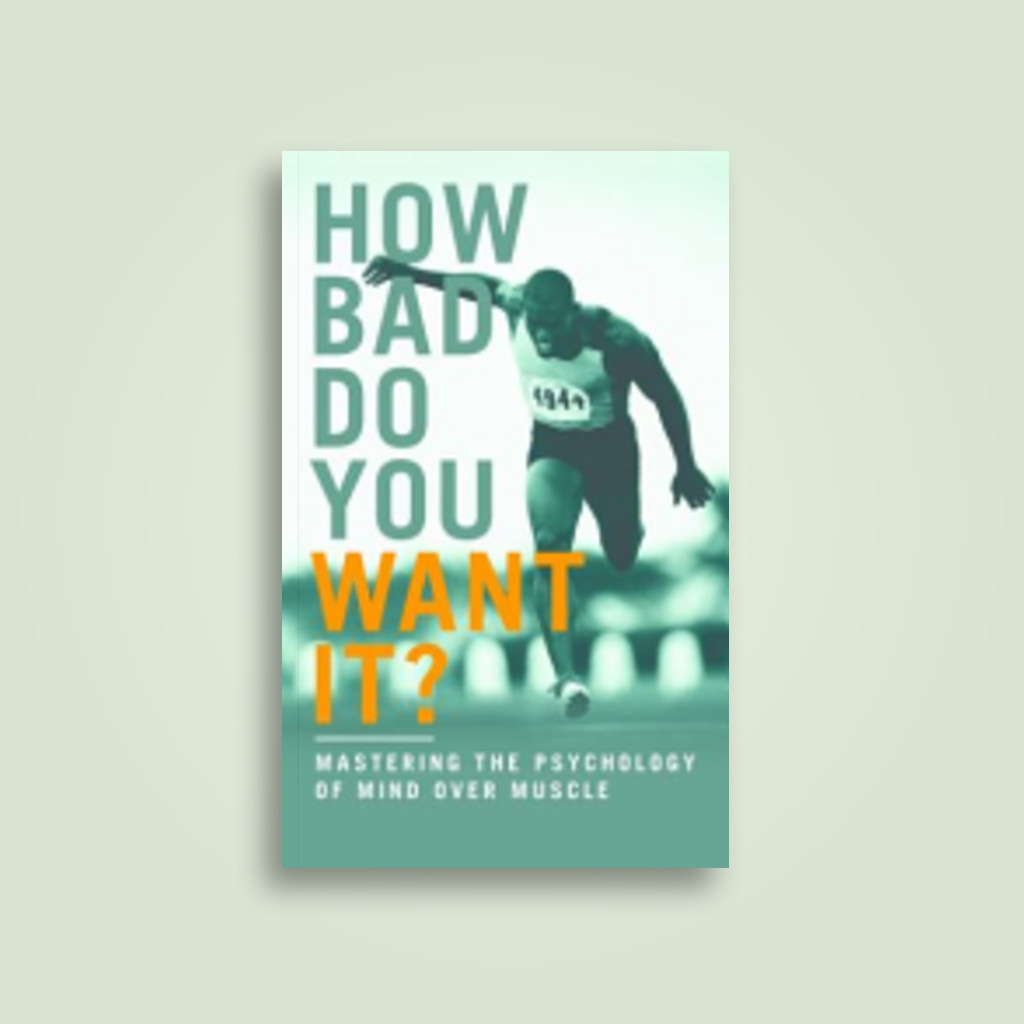 Imagine this: A runner or cyclist performs a fitness test. They push to their absolute limits until they almost throw up. How can they improve this test at a later date?

Logic tells us that they can train even harder for another four weeks, take the test again and hope their score improves. OR…… they could consume caffeine, listen to their favourite up-tempo music, get false information from their coach, or just change their self-talk… and they’ll improve right away. No more training, no extra effort.

This book answers this simple question and although the examples are from the world of endurance sports, I was easily able to translate the findings to the workplace and our everyday lives.  Here’s a summary of the three biggest points:

1) Embrace the pain. The more discomfort you expect, the more you can tolerate:

If an athlete says “this is going to hurt!” They are far more likely to deal with the pain and push on, than if they say something like “I hope this doesn’t hurt as much as last time.”

If they accept and commit to how hard it’s going to be or how bad it’s going to hurt, then performance increases around 15% and perceived effort reduces by around 55%.

Knowing our obstacles and accepting that things are going to be hard is paramount to being able to consistently exert self-control. If I am going to work on a big project today, and I usually procrastinate, I am better off saying, “Ok, I’m probably going to want to procrastinate and it’s going to be hard to get started.” Instead most people ignore the fact that this is going to happen and hope for motivation.

In study after study, athletes perform a test (for example, a strength test) and then undergo a period of training to try to improve that test. If one group is given a goal, but the other group is told just to ‘do your best,’ then the group with the goal performs significantly better in the re-test than the others. Even though they do exactly the same training program.

I can obviously talk about goals here, but that seems too simple. Instead, this has a direct correlation to people who plan their day, vs those who don’t. When we plan our day, we set mini goals throughout the day of the things we want to achieve. When we start the day to just ‘do our best’ we often end up meandering through the hours and then we get on the bus to go home and think, ‘did I actually get anything done?’

3) Positive Feedback works….. even if it’s BS. This one was interesting!

Two groups participated in a skills task. One group got positive feedback from some ‘expert coaches’ (the coaches weren’t actually experts, and the positive feedback was random…. It wasn’t even for good execution), while the other group got no feedback at all.

The positive feedback group got better and better at the skills task as they went on, whereas the other group did not improve at all.