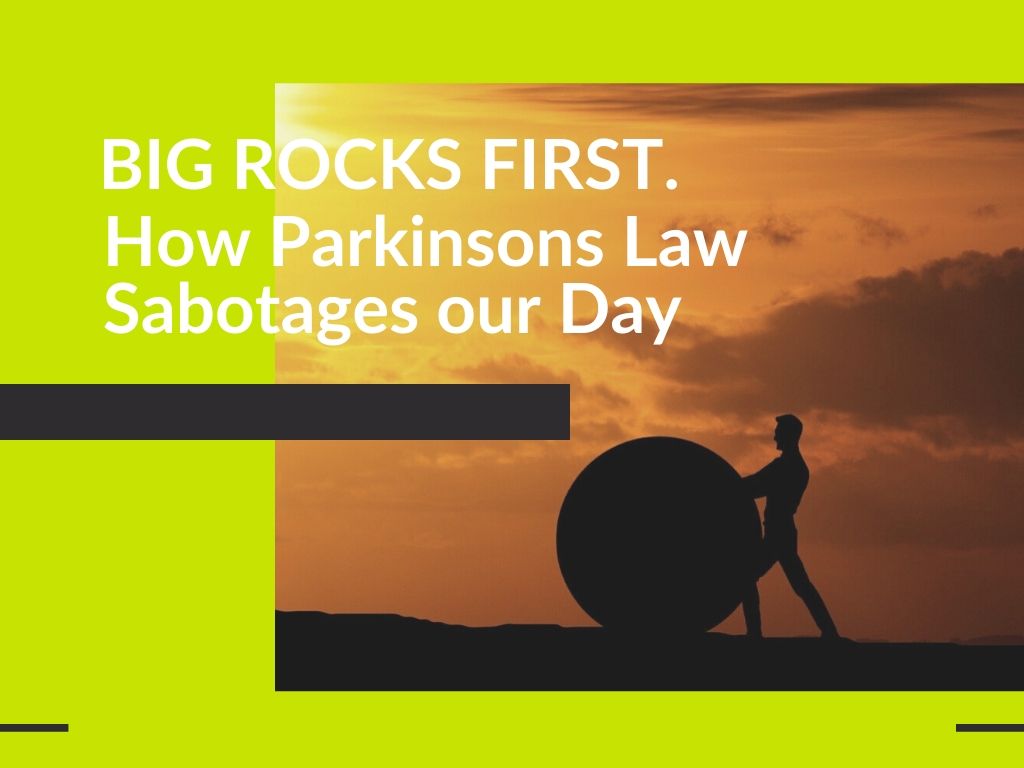 
There is a famous story.

One day a teacher was speaking to a group of students. He pulled out an extremely large jar and set it on a table. Then he produced about a dozen big rocks and placed them, one at a time, into the jar.

When the jar was filled to the top and no more rocks would fit inside, he asked, “Is this jar full?”

“Really?” he asked. “Let’s see.” He took out some gravel and dumped them in. He shook the jar, causing the pieces to fall into the spaces between the big rocks. He asked the students again, “Is the jar full?”

His class was catching on. “Probably not,” one of them answered.

“Very good!” he replied. He brought out a bucket of sand. He dumped the sand in and it went into all the spaces between the rocks and the gravel. Then he asked, “Is this jar full?”

“No!” the class shouted.

“Excellent!” he replied. Then he grabbed a pitcher of water and poured it in until the jar was filled to the brim.

The teacher looked intently back at the students and asked, “What is the point of this illustration?”

One student said, “You can always fit more things into your life if you really work at it.”

The teacher said “That’s true, but it’s not the point of this illustration.”

He said, “The point is, if you don’t put the big rocks in first…… would you have gotten any of them in?“


I see this happen all the time. We say we don’t have time


What are your big rocks?