WHY YOUR PERFORMANCE REVIEW IS GOING TO SUCK 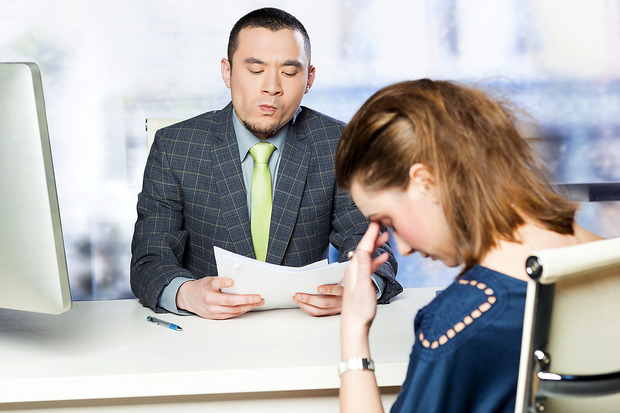 So, it’s June in Australia and that generally means one thing in most organisations: Performance Reviews are here.

Like it or not, the odds are that your annual performance review is going to suck. Whether you are the one giving – or the one receiving – the review, this is most likely going to be true.

I actually have no idea what you cover or how you measure performance and give feedback, but the simple fact is: if it’s annual….. it doesn’t work.

Let’s think about this for a second. What is the purpose of this annual review? If you’ve got it right, then the purpose is really three-fold.

2)    To change behaviours so that they can do a better job, or support the organisational goals and values better

The Facts and Research:

Fact 1 - Immediate Feedback Trumps Anything Else

In skill acquisition research, there is something called Knowledge of Results or KOR. Generally, the research goes something like this:

Get the person to perform a skill they aren’t good at, then create three different conditions.

Condition One - no feedback at all

Which do you think is most effective? Condition Three by a country mile. Every. Single. Time.

Immediate feedback is significantly better than even the condition where there is a five-minute delay in giving feedback.

In anything where we need to develop skills or change behaviours, immediate feedback trumps anything else. After all, if you wanted your child to change behaviours, you wouldn’t wait three months to tell them, would you? You’d tell them right then and there because you know they’ll forget about it pretty soon and the lesson won’t stick.

Want to create an emotional response in someone? It’s easy - just use these words: “Can I give you some feedback?”

People generally don’t take feedback well, they tend to focus on negatives rather than positives (depending on their disposition). And it’s not just that they feel anxious, anytime we fire up the emotional system, our analytical brain starts to switch off. Now what we have is a situation where people are getting feedback, but not really processing it, and most likely jumping to their own conclusions in their heads, and dwelling on the negative thing you said five minutes ago.

Let’s make reviews more regular. They don’t have to be formal but focus on giving some quality feedback once a week at the least. Address behaviours and performance on the spot, if you actually want people to get better.

Over time, you will also desensitise people to feedback. They’ll soon come to the realisation that feedback is used as coaching, not just to assess our performance or set us up for performance management. And when you can do this, people will listen more intently and focus on taking away the key points that will help them improve.